This blog is about Computer Science Education at King’s College London, UK.

Computer Science Education is an interdisciplinary field: it is of course about the teaching and learning of computer science but it’s also about all the areas that impact on computer science – philosophy, psychology, linguistics, natural sciences, and mathematics – and how they intersect with the theory and practice of education. In comparison to its sister fields of science education and mathematics education it is a much younger area: computers were only built from around the 1940s – although computation has been around for centuries (Tedre, 2014). The other main difference between science education and maths education is that it has primarily only been taught at university level until recently, with some notable exceptions (Israel and Poland, for example; and the UK in the 1980s). We have seen computer science in the curriculum from age 14 or age 16 in a few countries for a few decades, but always as an elective subject. The introduction of computer science into the school curriculum in England in 2014 is highly significant because it not only introduced computer science (as part of a wider subject, Computing) into the curriculum for all students to study, it introduced it from the beginning of primary school, at age 5. The content of the Computing national curriculum for ages 5 – 16 can be found here.

This change in the curriculum was rapid and many teachers are still adapting to the new content. As computer science includes computer programming, this is a skill that can take many years to master completely. Teachers have not had the luxury of a few years to master this.  In fact much of the literature in computer science education relates to the learning of programming and the difficulties therein; thus teacher preparation to teach computer science is a very significant factor in the success of the new curriculum. We are fortunate to have a large community of practice in Computing At School in which teachers work together to support each other. More about this in the post about CAS London.

In this blog we will share what we are doing at King’s College London to support developments in computer science education, and also hopefully share posts from our other colleagues in the same field. 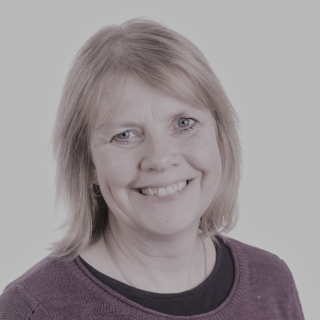 I research computing education in schools, particularly in the UK. My particular interests are programming pedagogy, teacher professional learning in computing, curriculum change, and physical computing. Any views expressed on this site are my own and not endorsed by my employer. I work for the Raspberry Pi Foundation and I'm a Visiting Fellow at King's College London.